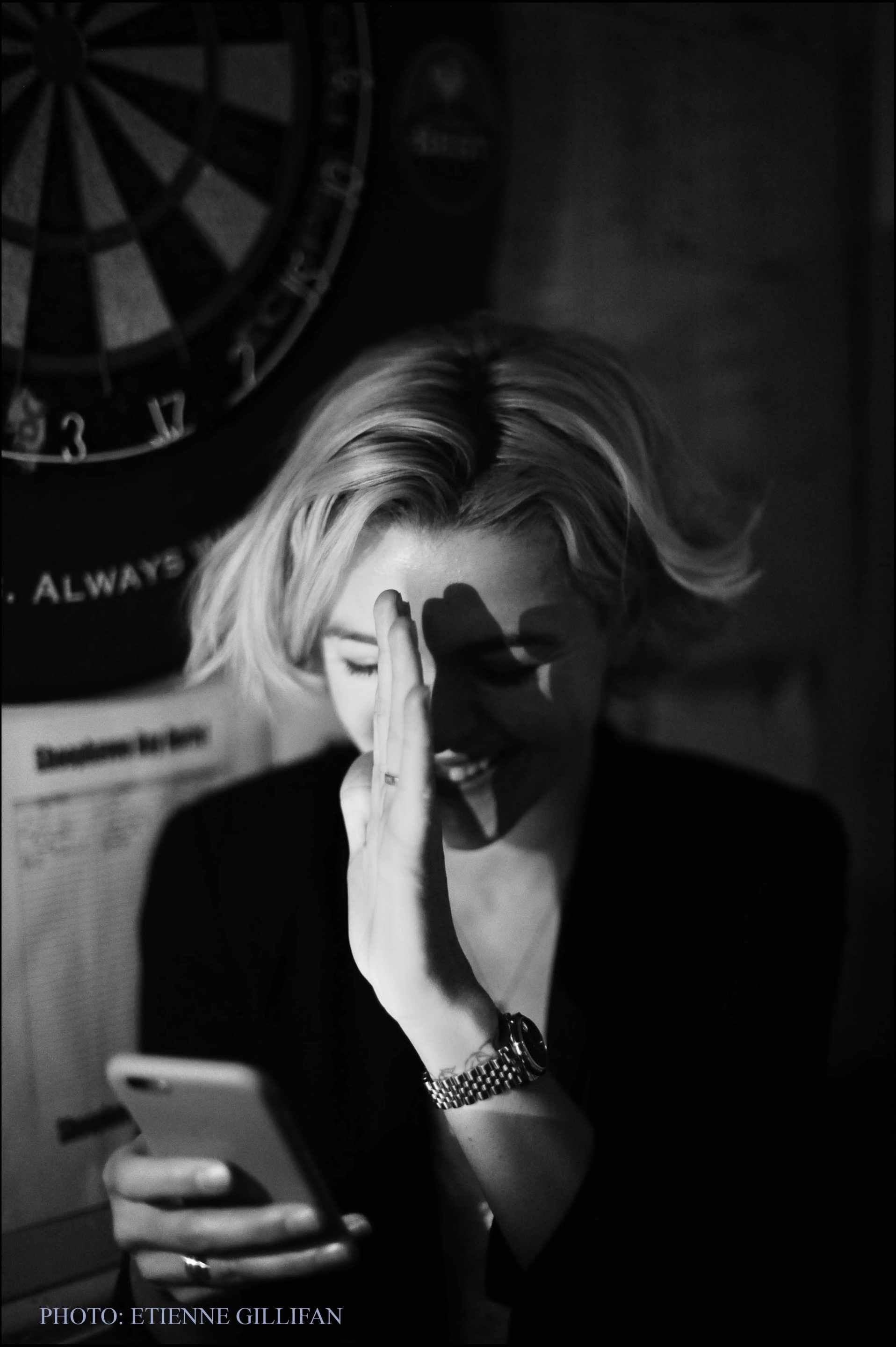 Sarah studied English Literature at University College London (UCL) in the late 1990s and used the time not spent in libraries to train herself as a photographer.

She was offered a freelance position at the Guardian in 2000, and has continued to work for the Guardian and Observer ever since. Sarah specialises in portraiture, features and the Arts but is interested in all photography that focuses on people, and our shared human experience.

In 2011-2012, she shot most of the commercial portraits to accompany Coldplay’s MX album and tour.

Her work has appeared in many publications and places, including the covers of TIME magazine, Weekend , LFI & Billboard and in the covers of Rolling Stone, The Sunday Times, Intelligent Life, AnOther Magazine and Vanity Fair. Lord Richard Rogers' practice 'Rogers Stirk Harbour and Partners' has also been a regular client. Recent commercial clients have included Leica, Visa, Apple and Transport for London.

Sarah is currently working on an extensive long term project on the urban American experience (working title: "Sidewalk America") with the writer, novelist and broadcaster Laura Barton as well as a long term feature work "West of West" in California which was published as a hardback by Unbound https://unbound.com/books/west-of-west/ in Early 2020.

Sarah is an official BAFTA Photographer and an official Ambassador for Leica Camera. She is a fellow of the British American Project, and also a Fellow of the Royal Society of Arts.

She lives in London with her husband and their dog. Loved ones, friends and photography aside, nothing gives her more pleasure than the long and endlessly humbling process of learning to surf.

ALL PHOTOGRAPHS ON THIS SITE ARE COPYRIGHT© SARAH M LEE. ALL RIGHTS RESERVED. NO REPRODUCTION OR COPYING OF ANY KIND IS PERMITTED WITHOUT PERMISSION.